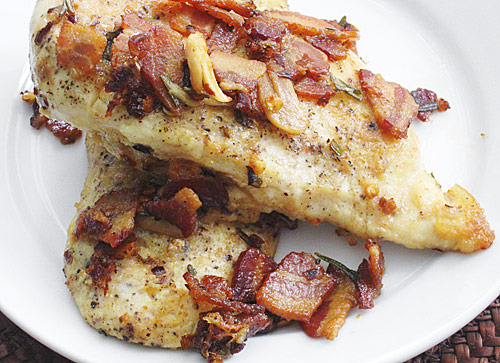 Every once in a while, something will completely shake your expectations.

Take the Children’s Christmas Pageant at a small country church. Every year, it’s the same: babies in jingle-bell mittens, toddlers making animal noises with mop heads and cotton balls sewn to their jammies, and the oldest willing preteens (who preferably aren’t related) playing Joseph and The Virgin Mary. The rest are angels, shepherds, wise men and innkeepers.

The year I was 10, I desperately wanted to play The Virgin Mary and get to swaddle The Official Rubber Baby Jesus Baby Doll, but an older girl named Tracy had a lock on it. Every year, she would smile serenely as she rode in to the sanctuary sidesaddle on the back of The Holy Donkey, played by her older brother. So, instead of getting to play Mary, I was chosen to be The Archangel Gabriel, but I was determined to be so holy and magnificent that everyone would see THEY MADE A MISTAKE. I was clearly Virgin Mary material.

The night of the pageant, I crouched in the dark behind the pulpit, ready to climb the stepladder and ascend into the brilliant spotlight over the choir loft to brilliantly deliver my lines and make everyone in the congregation embrace the True Meaning of Christmas and carry me out of the sanctuary on their shoulders, singing Christmas carols. I was giddy as I climbed the steps to the top of the ladder. The lights came on above me, and jaws dropped ’round about me, and my mother looked sore afraid. Because I was standing under a spotlight in nothing but a sheer nightgown, looking naked as the day I was born.

When I made these Chicken Cutlets with Bacon, Rosemary and Lemon for the first time, I expected a quick dinner, but they surprised me. First, you fry the bacon. Then, you sear the chicken in a little bacon grease and melted butter. And then, you make a sauce from crispy garlic, fresh rosemary, red pepper flakes, chicken broth, lemon juice and the uber-delicious browned bits scraped from the bottom of the skillet. When the sauce starts to thicken, you put the chicken back into the pan, sprinkle it with a little bacon confetti, and simmer it until you just can’t stand it anymore – about two minutes. It’ll make you want to stand naked on a ladder in church and shout the good news. Trust me. 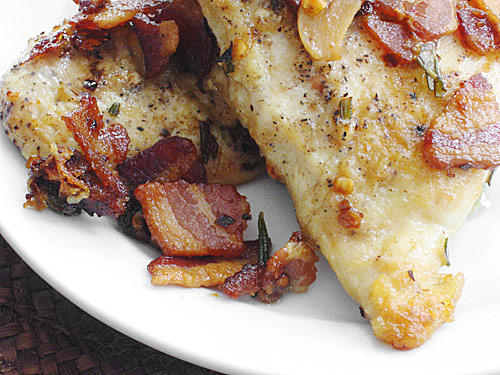 23 thoughts on “Chicken Cutlets with Bacon, Rosemary and Lemon”