Unless you’ve been trapped under something very heavy, you know that the final Harry Potter movie is premiering in the U.S. this week.

For 10 years, we’ve been watching Harry, Hermione and Ron grow up, and now it’s time for the moment we’ve all been waiting for, when the three of them join forces to form into a massive alien robot that stomps the crap out of Shia LaBeouf.

Kidding! It’s time for the final showdown between Harry Potter and the evil, noseless Lord Voldemort.

Will Dumbledore’s Army triumph in the end? Will the Malfoys gets their own reality TV show? Will Hogwarts reopen in time for that weird kid from The Middle to attend in the fall?

I don’t know the answers to any of these questions, but, in the words of Luna Lovegood, I hope there’s pudding.

To celebrate the premiere of “Harry Potter and the Deathly Hallows: Part 2,” we’ve come up with an insane-o feast inspired by the characters and foods that fill Harry Potter’s wizarding world. In fact, we have so many recipes that this feast is going to span several posts – so let’s get started. 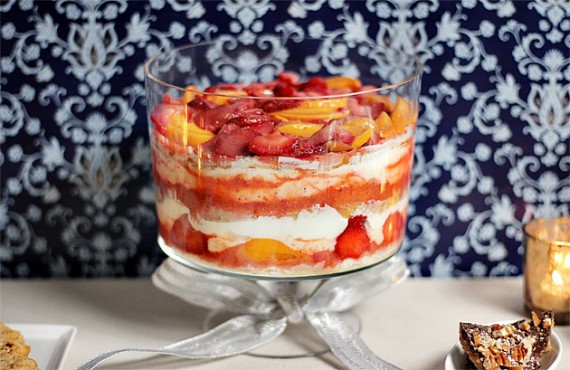 “You might belong in Gryffindor,
Where dwell the brave at heart,
Their daring, nerve and chivalry
Set Gryffindors apart.”—Hogwarts’ Sorting Hat

A few weeks ago, I asked everyone on the EPC Facebook page for Harry Potter dessert ideas, and Catherine Guglielmo suggested a Gryffindor-themed English trifle to pay tribute to Harry’s house at Hogwarts. The ripe strawberries and peaches in the trifle represent Gryffindor’s colors: scarlet and gold. Catherine might be a genius. 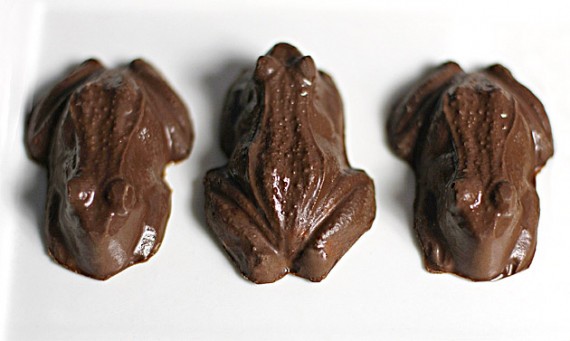 Hermione knows what brings all the Hogwarts boys to the yard: Chocolate Frogs. Made with 70 percent Croakoa! These hoppers pop up throughout the series, from Harry’s first trip on the Hogwarts Express to Ron’s hospital stay after the Battle of the Department of Mysteries.

Make your own with a little know-how and the right chocolate mold. 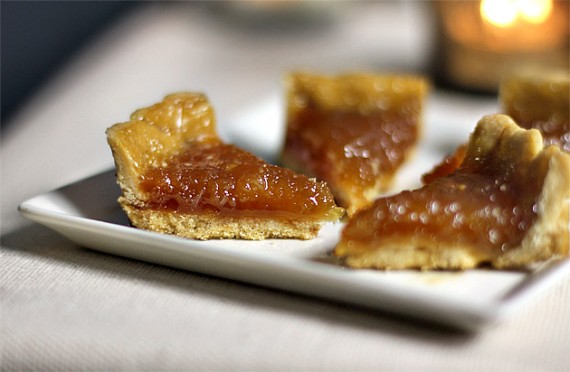 When Harry smells Amortentia, the world’s most powerful love potion, its scents remind him of the things he loves most: a broomstick, Ginny Weasley’s hair and treacle tart, a British dessert made with golden syrup, breadcrumbs, lemon juice and shortcrust pastry. The breadcrumbs disappear into the syrup, giving you a filling that’s sticky, gooey and incredibly sweet, almost like candied fruit tea in a tart crust. Serve it with clotted or whipped cream to cut the sweet.

P.S. If you’re scared of the measurements in the treacle tart recipe linked above, try this recipe from The Leaky Cauldron. 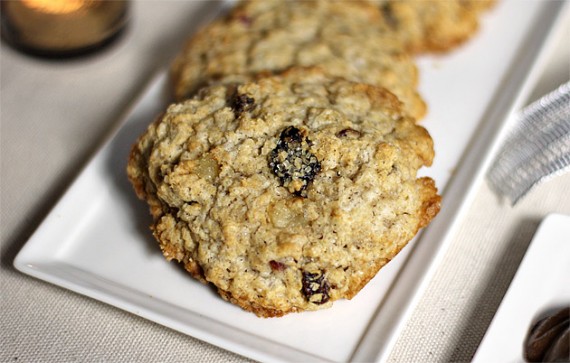 Hagrid: I remember when I first met you all. Biggest bunch of misfits I ever set eyes on! You reminded me of myself a little. And here we all are, four years later.
Ron: We’re still a bunch of misfits.
Hagrid: Well, maybe. But you’ve all got each other. And Harry, of course, soon to be THE YOUNGEST TRI-WIZARD CHAMPION THERE’S EVER BEEN! HOORAY!

Harry and Ron almost broke their teeth on Hagrid’s rock cakes, but he’s come a long way since then. These old-school British teatime treats are called rock cakes, because they’re hard and craggy on the outside, but inside, they’re moist and sweet and chock full of dried fruit. If a scone and an oatmeal cookie had a delicious sweet-and-spicy baby, it’d be a rock cake. 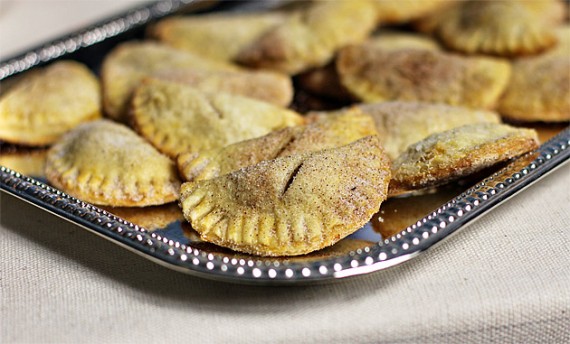 “The deluminator. It doesn’t just turn off lights. I don’t know how it work, but Christmas morning, I was sleeping in this little pub, keeping away from some Snatchers, and I heard it. A voice. Your voice, Hermione. You said my name. Just my name. Like a whisper. So I took it, clicked it and this tiny ball of light appeared. And I knew. It flew towards me, the ball of light, right through my chest and straight through me. Right here. And I knew it was going to take me where I needed to go.”–Ron Weasley

Yep, something pumpkiny for Hogwarts’ most famous ginge. Spoonfuls of spicy pumpkin pie filling wrapped in pastry dough, baked until they’re golden brown and tossed in cinnamon and sugar. Bewitching. And a very sneakable size for your trip to the movies. 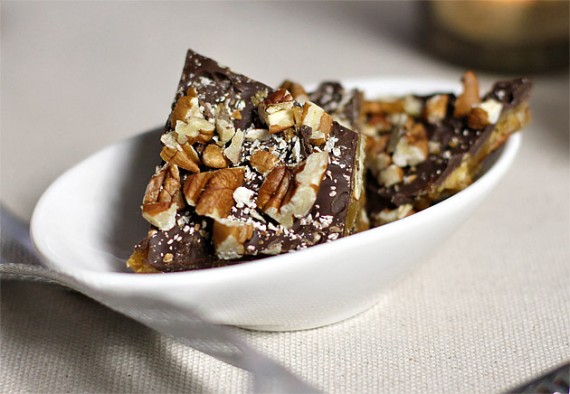 George Weasley: How big did his tongue get?
Arthur Weasley: It was four feet long before his parents would let me shrink it.

This toffee won’t make your tongue swell, like the ones sold at Weasleys’ Wizard Wheezes, but it makes its own kind of magic. It’s been known to disappear. It’s enchanting. It bedazzles. You get the picture.

Oh, and toffee-making is a skill you want. In no time, you can make your very own batch of buttery toffee covered in chocolate and chopped nuts. It’ll make you feel like you should have a lightning bolt on YOUR forehead. Because you’re awesome.

Here are some ideas from around the web (and inside your grocery):