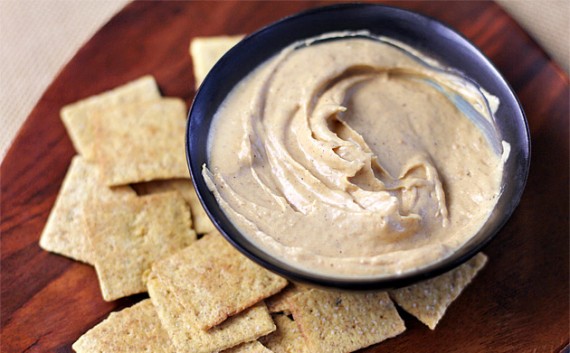 This week, I hit a mean streak of recipes that just didn’t work.

The ideas were interesting enough. But after four days of cussing over these culinary abominations, including vegan cookies made by soaking rolled oats in water (forgive me, Lord), I was ready for a home run.

This Spiced Pumpkin Cream Cheese takes all of five minutes, but it’s just right for this time between summer and fall, when you’re craving pot pie but still buying deodorant in bulk. It’s cold and creamy, but the flavors are pure autumn–pumpkin, brown sugar, cinnamon, ginger, allspice and nutmeg.

It’s like a pumpkin cheesecake died and came back as a dip.

And the colder it gets, the better it is.

You could smear it on a bagel, like any other cream cheese, but this spiced pumpkin spread really shines when you pair it with something salty, like pretzel chips or Wheat Thins, or sandwich it between gingersnaps or graham crackers for the full pumpkin cheesecake experience.

It would also make a pretty spectacular dip for some sliced apples, pears and bananas.

Just the thing to stop a mean streak and those vegan cookies.