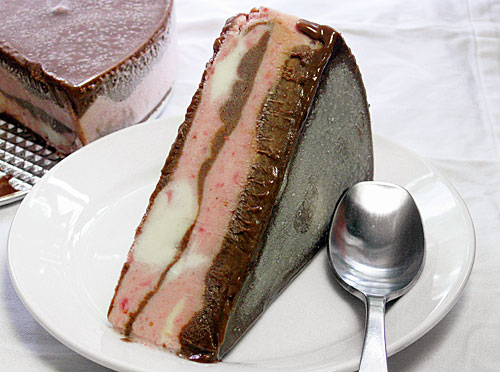 Last week, the kitchen sink stopped draining. The first plumber asked if I’d used Drano and then said we’d have to hire a crew to break through the brick outside and replace our pipes. We got a second opinion. The second plumber had a brain aneurysm.

In the meantime, I took the dishes outside to hose them off and wound up with a shoe full of field peas.

So, I called my momma, who asked why I wasn’t washing them in the bathtub, and I’m like, BECAUSE THAT’S WHERE WE KEEP THE GIN. But really, it’s because we just moved here, and I’m not at a Place of Trust with the bathtub yet. I’m not going to scrub our utensils where strangers have warrrshed theirs, if you know what I mean.

I loaded the dishes into two laundry baskets and a very large Rubbermaid and drove them the 45 minutes to Mom’s house, where I tapped my toes to the rhythmic whoosh of the dishwasher and talked celebrity news with my grandmother. (Once we were watching an entertainment roundup, and my mom asked, “Who’s 50 Cent?” Mommaw looks over and says, “It’s ‘Fiddy,’ Sherry. Fiddy.”)

This morning, I’m waiting for Plumber No. 3. Thankfully, this Neapolitan Ice Cream Torte – didn’t require many pots, pans … or utensils. Basically, you layer ganache and store-bought ice cream in a springform pan and freeze it. I didn’t alter Dorie’s recipe much, except for making the ganache with semisweet chocolate (instead of bittersweet) and mixing strawberry ice cream in the food processor instead of raspberry. The resulting torte tastes like Neapolitan ice cream for grown-ups. A nice way to end the summer.

Not indoor plumbing-nice, but nice.

From Dorie Greenspan’s “Baking: From My Home to Yours”