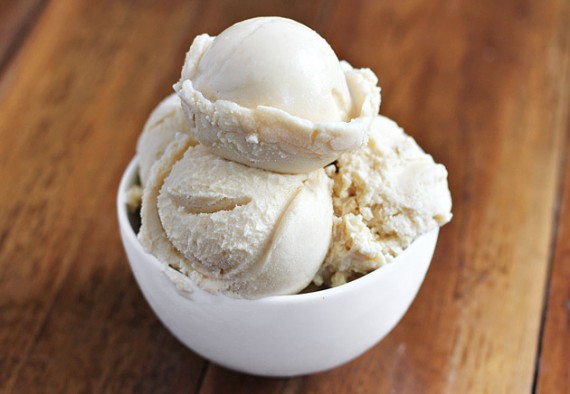 Think of all the autumn desserts that are better with ice cream. The pies, cobblers and crisps. The cinnamon-spiced baked apples and caramelized pears. The fruit turnovers, maple-pecan bars and warm apple dumplings.

Now, imagine them with a big scoop of Maple Gelato instead of vanilla ice cream.

Maple works so beautifully to enhance the flavors of things like apples, pears, sweet potatoes and nuts – not to mention pork and salmon – that I can’t believe this hasn’t been our go-to autumn ice cream flavor all along.

It’s also delicious on its own, and – not to contribute to next year’s bacon shortage, but – I’ve got a feeling you could put a few scoops of Maple Gelato into a blender, add a splash of milk and some crumbled bacon, and have one killer maple-bacon shake.

This recipe is pretty straightforward, but be sure to pick up a bottle of grade B maple syrup (not grade A). You need something strong enough to cut through all the milk, eggs and cream, and grade B is the strongest you’ll find in U.S. groceries. Grade A is for pancakes. Grade B is for cooking.