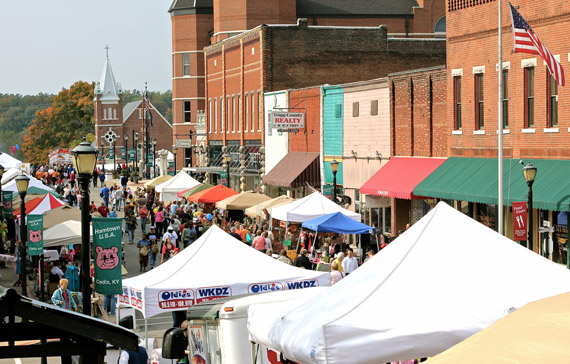 I’ve always wanted to go to the Trigg County Country Ham Festival. Because, one: I have a soft spot for small-town festivals. (This one makes the population of Cadiz, Ky., explode from 2,500 to around 65,000 every year.) Two: It’s a ham festival co-created and sponsored by Broadbent’s, a pork mecca. (The promise of their pepper bacon helped me talk Jeff into making this trip.) And, three: The Trigg County Country Ham Festival is the home of the World’s Largest Edible Country Ham and Biscuit.

Here’s the custom-built outdoor oven, uphill from the rest of the festival.

You could smell that biscuit baking two blocks away, sweet and slightly yeasty. 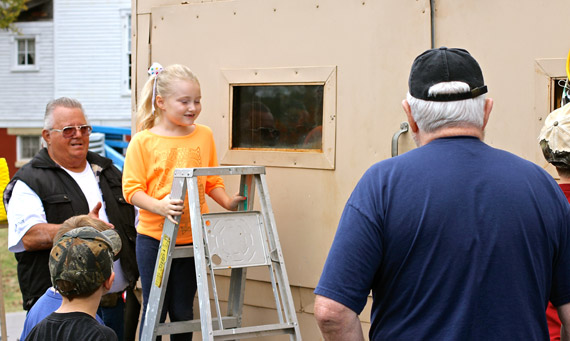 While we waited, the kids in the crowd took turns climbing a ladder to peep inside the oven.

Finally, the biscuit was ready, and the men ran to get their oven mitts. And by “oven mitts,” I mean a forklift. 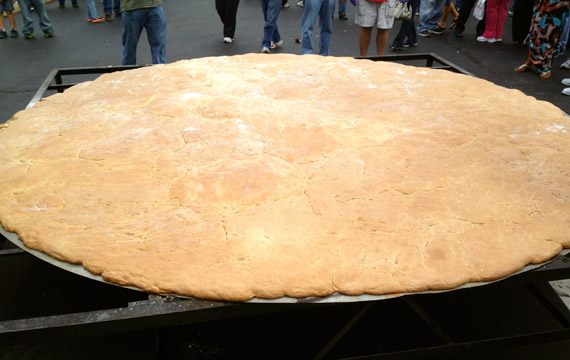 Is it the World’s Largest?

Back then, according to a Houston Chronicle article, Guinness refused to recognize Cadiz’s claim. (They prefer to vet ideas and set guidelines before a record attempt instead of just reviewing evidence later.) In 2003, Guinness officially awarded the title to a ham-and-biscuit made in Smithfield, Va., home of Smithfield Hams.

No hard feelings. That’s why Cadiz bills its biscuit as the World’s Largest EDIBLE one. 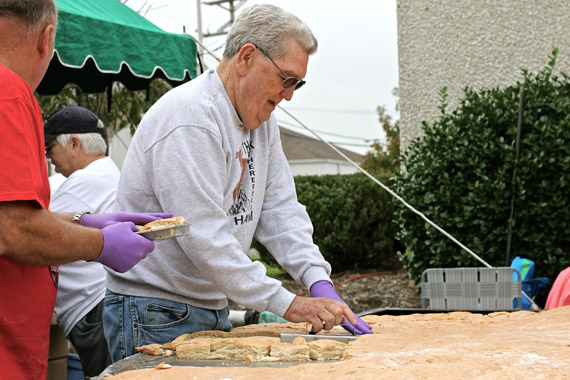 I was wondering how they were going to split that mammoth biscuit when three men gathered around it with custom grid-patterned cutters and made quick work of turning the one big biscuit into hundreds of small ones. Those biscuits were split, stuffed and sold as quickly as they were made. 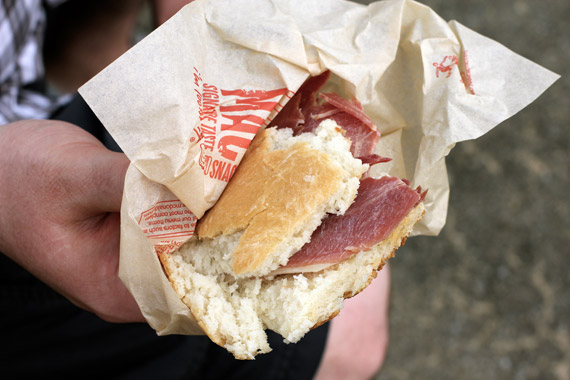 Totally worth the drive. 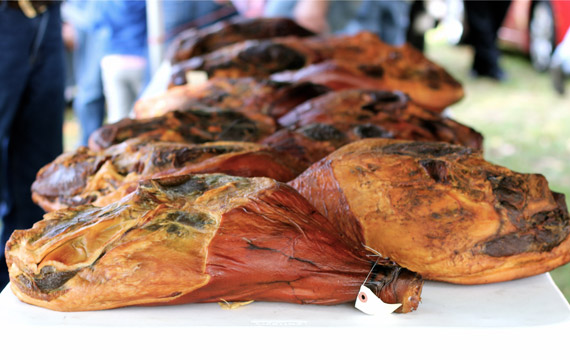 Afterwards, we checked out the country hams. Two tables full, waiting to be judged.

Farmers used to cure their hams with salt and smoke out of necessity, to preserve the meat without having to refrigerate it. Today, preserving that tradition is a point of pride.

I like my tradition with red-eye gravy. And grits. 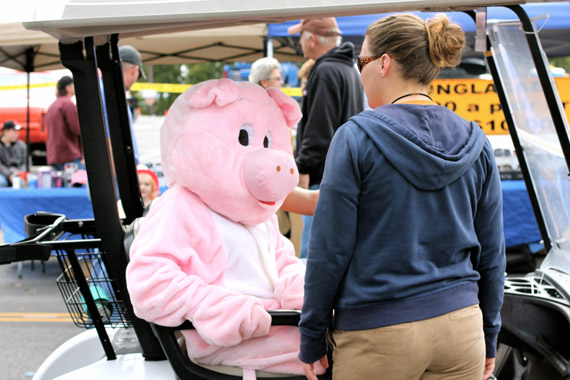 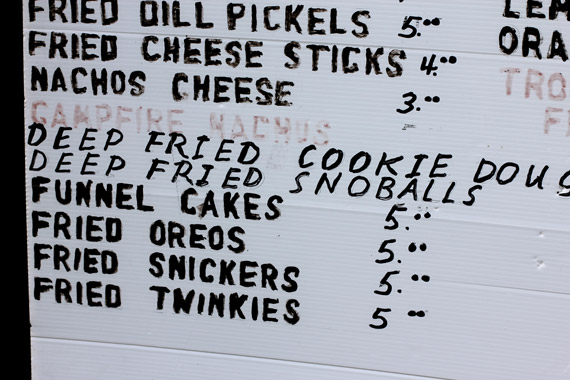 Pork was plentiful in the food court, from barbecue to chops and maple-bacon cupcakes, but we also found another Western Kentucky tradition: mutton. And a card table covered in slices of chess pie.

And deep-fried everything. The deep-fried delegation was REPRESENTED. 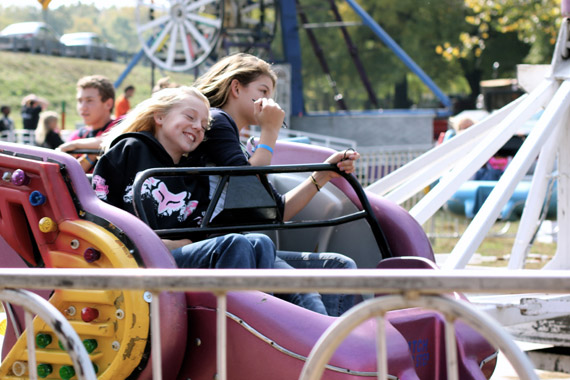 When I was a kid, I’m pretty sure I found Jesus on top of a Tilt-A-Whirl.

It’s good to know things like that don’t change: 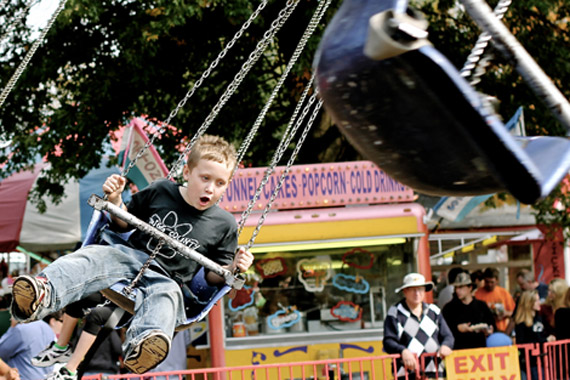