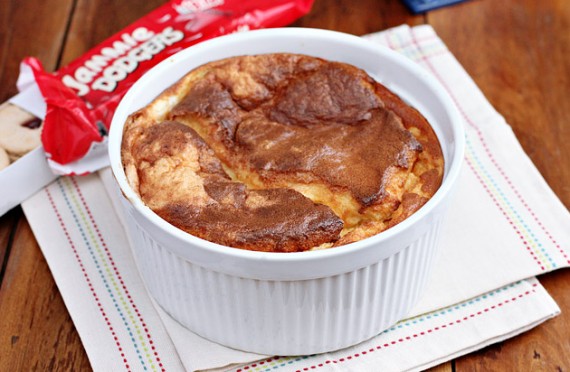 One Saturday, back when Jeff and I were dating, we were hanging out at his house when he mentioned that “Doctor Who”

was coming on, but he’d watch it later. Being well-versed in the Girlfriend Arts, I told him I didn’t mind at all. I’d watch with him. We could order pizza, and he could answer my questions during the commercial breaks.

He said there was no way I’d be into it. It was a British sci-fi show about a human-looking alien called “the Doctor” who traveled through space and time. Having adventures. Fighting monsters. But it was funny, too. And sometimes creepy.

The more he talked about it, the more obvious it became that This Was Important.

And, come on, the worst case scenario was that the show would be terrible, but I’d still be snuggled up on the couch with my hot boyfriend. I was good with that.

I had about a million questions during that first episode, but then Jeff asked if I wanted to see another. By three episodes, I was hooked.

Now, we have “Doctor Who” Christmas ornaments.

So, am I excited that the show’s coming back with a new episode March 30? Oh, yeah. Excited enough to tackle a Cheese Souffle in honor of the Doctor’s new traveling companion, Clara (aka Souffle Girl). 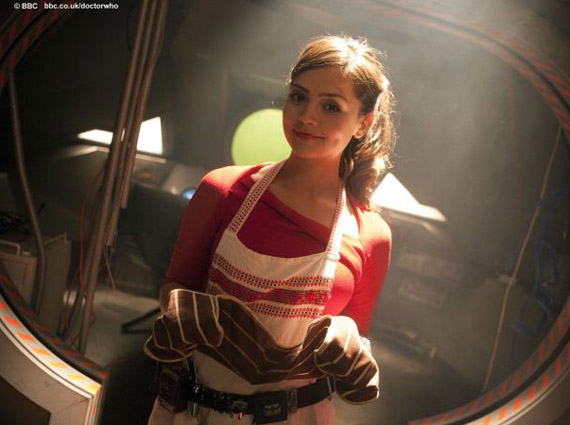 Turns out, that’s only partly true.

I went with Alton Brown’s souffle recipe, because I saw his step-by-step souffle tutorial on YouTube, and it was very reassuring.  You’re practically guaranteed success if you do three things:

1. Don’t fight the souffle dish. The fluting on the outside brings more heat inside.

2. Prep all of your ingredients beforehand.

3. Don’t even think about opening the oven for the first 30 minutes of baking time.

As for that whole “collapsing souffle” thing, your souffle will fall a few minutes after it comes out of the oven. That’s normal. What you don’t want is for it to collapse inside the oven, so keep that oven door closed. No sneaky-peekies.

So what does the finished souffle taste like? This is the “impossible food” part. The texture is light and foamy, but the flavor is rich and intensely cheesy. It doesn’t make sense. And, I can’t lie, I got a real rush when it came out of the oven, all puffed up. Add a big green salad and a pack of Jammie Dodgers, and you’ll be ready for a “Doctor Who” date night.

It’s really important to have the ingredients measured and ready to go before you begin. Otherwise, you might go insane. We don’t want that.