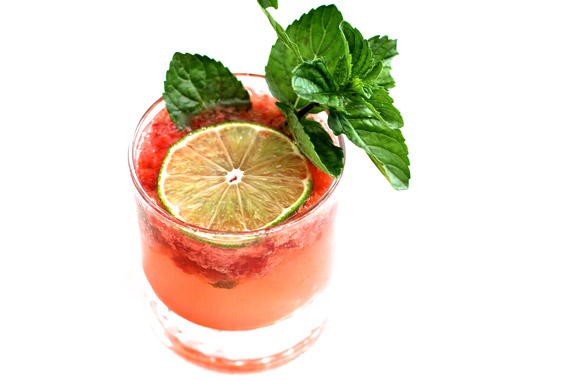 When I was a kid, it was pretty common for fireworks to be banned on the Fourth, because we hadn’t had enough rain, and people wanted to wake up with homes on the Fifth. Party poopers. So Mom came up with the idea to have a Red, White and Blue Breakfast.

For the Red, cherry pie filling!

For the White, Reddi-wip!

Blue was the tough one. Sometimes it was blueberries. Usually it was a shot of grape juice.

We even had a patriotic centerpiece – a small basket full of red, white and blue artificial flowers and tiny flags – that looked highly respectable the first few years. It probably would have stayed looking respectable if we’d ever replaced the bent and broken stems, but it was too much fun to dig it out of storage and put it on the breakfast table in whatever state it was in. My sister’s family still uses it.

I was thinking about those breakfasts this morning, because we’re going to Jeff’s family’s huge Fourth of July cookout tomorrow, and I was starting to stress out about what to bring. A flag cake?  A berry pie with lattice made out of pastry stars? I was trying to figure out when I was going to have time to make this masterpiece (and shop for the groceries) while I was getting the house ready for my in-laws to come and stay for a few days after the big party.

But I’ve got to make a dessert, right?

“Nope, we can throw them on the grill when we get there. There’s always plenty of dessert.”

That is… true. There’s always a long folding table full of cake, pie, brownies, cookies, banana pudding, ice cream and cupcakes. What was I trying to prove?  What’s the point of making an elaborate dessert if it adds so much stress, I resent having to get this house ready instead of looking forward to the visit?

I picked up the brats. And some Reddi-wip.

Because it’s not about me. It’s about spending time with family, and having fun, and making some memories.

P.S. What does this have to do with Strawberry Mojitos? Not a thing, except that they’re red and delicious and perfect for sipping while you’re waiting for it to get dark tomorrow. Or if you need to toast yourself for getting the house clean today. Cheers!