This post is brought to you by the Wild Blueberry Association of North America. 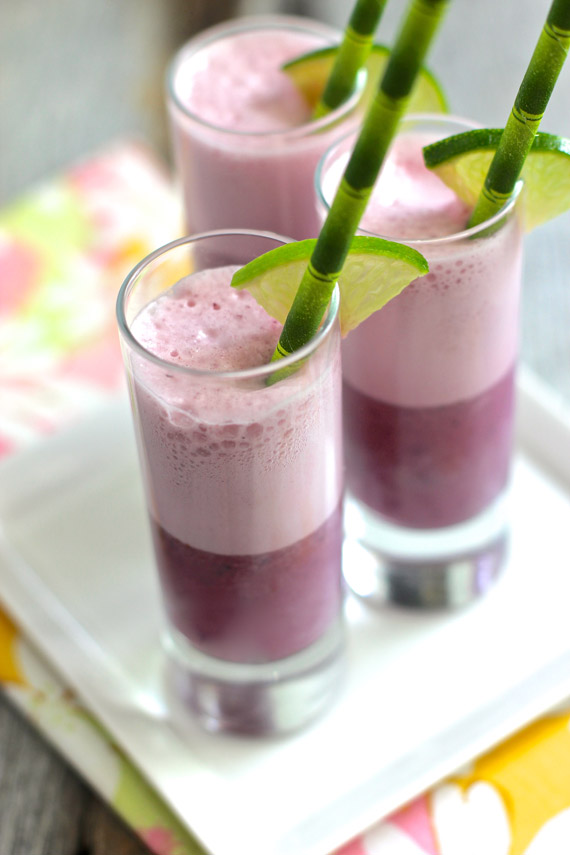 A few weeks ago, I joined Weight Watchers. Because my friends who’ve stuck with it look great, and now I hate them, and isn’t that the highest compliment one woman can pay another?

The first three days were fine, right up until about 9:30 p.m., when my stomach would realize something shifty was going on and be all like, “Dude, are we seriously not going to have any ice cream tonight?” And then I’d climb the roof and start shoving shingles in my mouth. Because, fiber.

Finally, I caught on to adding fruits and veggies to every meal, especially after my WW leader explained the concept of “eating by color.” That’s where you choose produce in a variety of colors – green, white, yellow, orange, red and blue/purple – to get the most nutritional value from your food. I thought, hey, I can do that. (Hello, peperonata.) And I was totally fine until she started listing our options for getting that “daily dose of blue.”

Eggplant? Maybe once a week, just in the summer. But probably not.

Then she hit on the obvious choice: blueberries. Blueberries! Something powerful AND delicious. So I’ve been starting each day with variations on a Wild Blueberry Sunshine Smoothie. 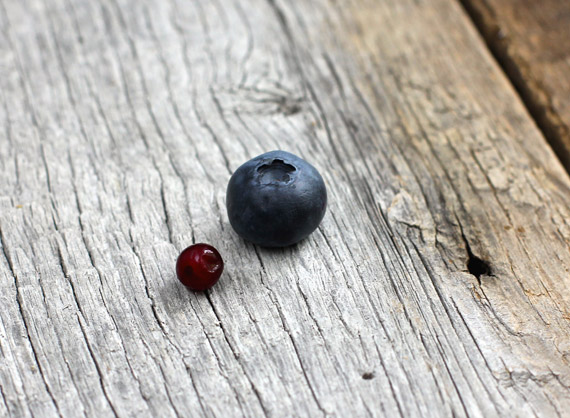 Blueberries are the rock stars of every superfood list, because they’re loaded with antioxidants, fiber and minerals. Researchers think their health benefits might include everything from helping to prevent cancer and diabetes to keeping our hearts and brains healthy and slowing the effects of aging. Eye health? Blueberries might be good for that.

Lose an earring? Give ’em five minutes, a magnet and a flashlight.

They also have a more intense berry flavor, which makes them really delicious in pies. 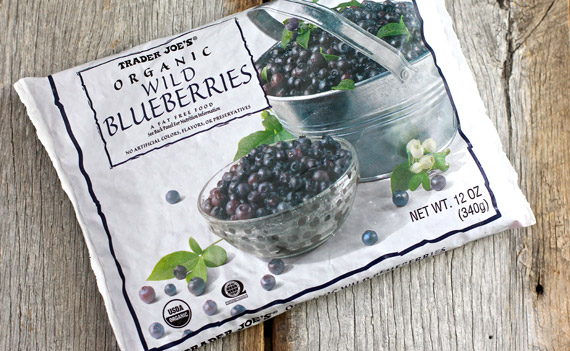 Since Wild Blueberries only grow naturally in Maine and eastern Canada, the best place to find them is in your grocer’s frozen fruit section. I’ve found them at Trader Joe’s, but they’re also available at Whole Foods, Walmart and Costco.

And let there be no shame in your game, because the frozen berries are just as nutritious as the fresh.

You don’t even have to thaw them before you use them, which is why I like to toss a half-cup in my smoothie. They blend easily, but they’re still cold enough to take the place of ice. I use a combination of Wild Blueberries, coconut water, orange juice, lime juice, protein powder and honey, but if you need a banana, add a banana. Or a few spoonfuls of vanilla-flavored yogurt instead of the coconut water. It’s your world!

Just don’t forget that daily dose of blue. So good with ice cream.

Oh, let’s just toast to eventually hating each other in the best way, you sexy beast.

Now, on to the giveaway! 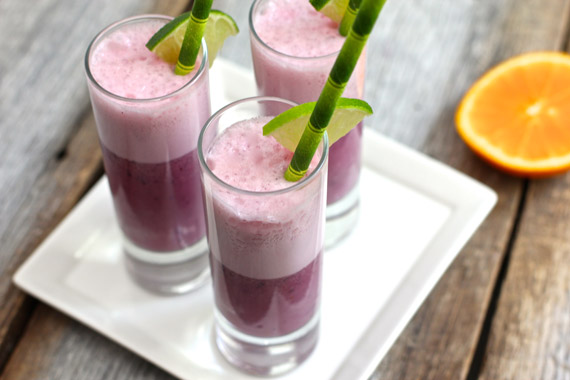 Wild Blueberries is hosting a five-day Twitter contest from Monday, June 24, to Friday, June 28. Each day they’ll be giving away two copies of the book.

Two winners will be selected randomly at the end of each day and announced on Twitter. For more information, click this link!

If you like a thicker smoothie, feel free to blend in a sliced banana.

Combine all of the ingredients in your blender in the order given. (Most blenders have an easier time with the liquid on the bottom.

Blend until smooth, and sip immediately.