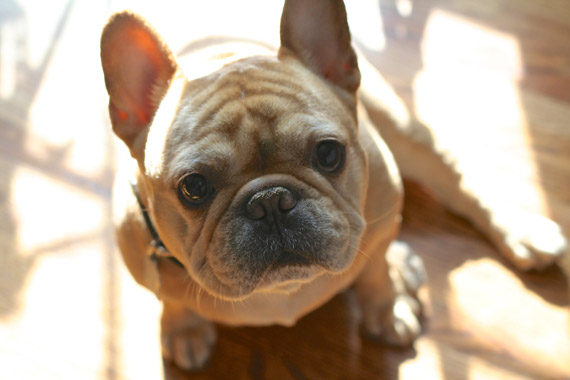 I bought a box of frozen dog treats for Henry. They were supposed to be for emergency purposes only – like when he’s overheated and panting like a freight train – but trying to ration them was like telling a junkie he could only have heroin on Wednesdays and Saturdays. Every time I walked into the kitchen, he’d come running and park it in front of the freezer.

Mom asked if I’d ever thought about making him some frozen treats myself (no) and forwarded this recipe to me from the West Columbia Gorge Humane Society. Here’s what you need:

First, you blend everything together. Then you freeze the mixture in ice trays or mini muffin pans to make individual treats.

He loves them so much that when I gave him the first one, he snatched it from his bowl and carried it straight to the new rug – which I’d rather not smell like peanut butter for at least a week – so I wound up refreezing his treats in small ramekins that Das Junkie couldn’t run off with.

Still, easy-peasy. And cheap enough for your pups to have one every day. High-five!

P.S. Plain yogurt is used in several brands of commercial frozen dog treats, but some dogs are lactose intolerant, so you have to know your dog on this one. If you’re on the fence, there are many broth-based frozen treats on the Web that are just as easy. 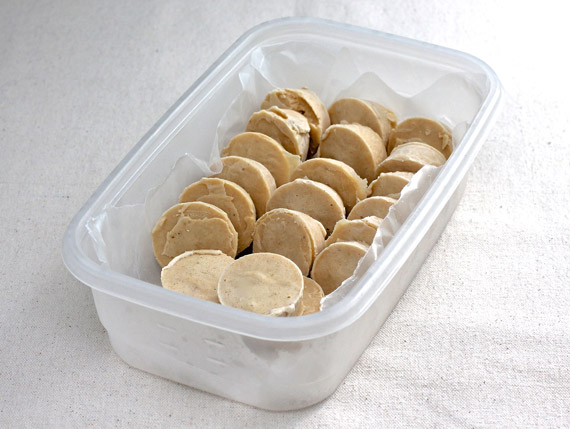 Process everything in a blender until smooth. Pour the mixture into ice trays, cupcake pans or small ramekins, and freeze.

When you’re ready to serve or store the treats, dip the bottom of each tray in warm water until the treats loosen. Use a spoon to remove the treats, and serve or place them in freezer bags.