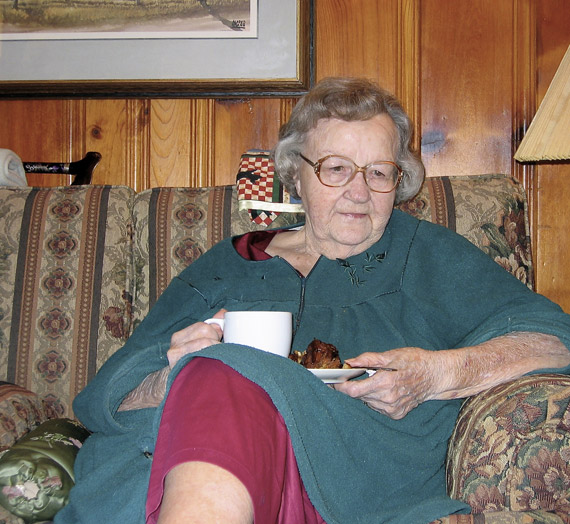 This is my grandmother, Katheryn Chambers (aka Mommaw!). She was one of my best friends. Sharp and funny and always curious, a fan of  late-night fudge and peach cobbler for breakfast, and always up for a good story. She loved dirty books, old movies, a fresh pot of coffee, Victor Newman (you did not call while The Young and The Restless was on), and sourdough toast with plenty of butter. She had no guilty pleasures, because they never made her feel guilty.

She made the best biscuits. And meatballs. And coconut cake. She had an encyclopedic knowledge of soap operas. And she could sew just about anything.

One Christmas, I desperately wanted a Cabbage Patch doll. She gave me something even better, a handmade “adoption doll,” with wavy brown hair (just like mine) and beautiful, hand-painted eyes.

I loved that doll. Still do.

So, when Mommaw got sick last December, I couldn’t think of anything to do except buy some dolls to donate.

I’d wanted to pick up a white doll, an African-American doll and a Hispanic doll, but when I got to the store, there was just shelf after shelf of blue-eyed blondes. Not even a brunette in the mix. 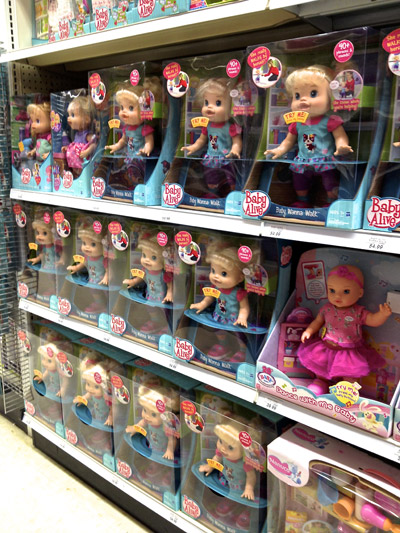 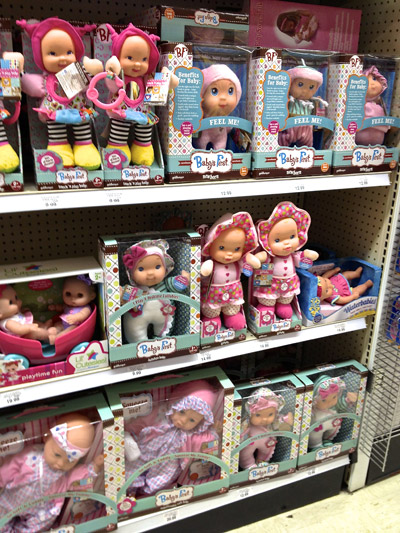 At first, I was just annoyed, but then I really started thinking about it. How confusing that must be for girls who can’t find dolls that look like themselves. And how devastating for their mothers, that this is still a problem. In 2013.

If those dolls weren’t on the shelves, there couldn’t be many in the donation bins.

I started thinking this could be a great project for me and Mommaw: to round up as many African-American and Hispanic (and, soon, Asian) dolls as we could to donate the next Christmas. If we bought eight or so a month, we could give 100.

We ordered the first eight dolls that January. She slipped away from me a few weeks later. 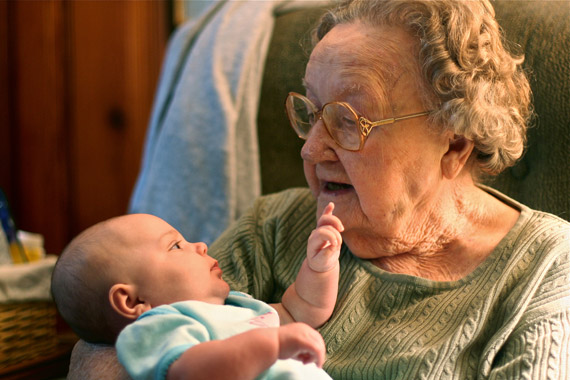 I wish I could say that losing her made my commitment stronger, but … no. I just wanted to roll myself up in a grief burrito. Stop the clocks. I didn’t order any dolls in February or March. I would just stop. No one would know. Besides, the eight dolls I had to give would be seven more than I’d ever given.

But then I got an Amazon alert that some of the dolls I’d ordered before were on sale. Really on sale. So I decided to buy another eight. Sixteen dolls for 16 girls. A totally respectable donation. Only, when I opened this box, something magical happened. 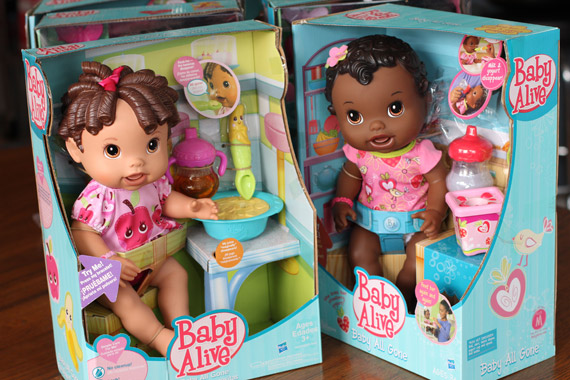 It hit me that I could keep grieving, stacking memories around me like a hoarder stacking old newspapers, or I could be grateful for all that love and start sharing it.

A terrifying idea for a shy person like me, but I was going to do it.

First, I told my mom and sister about the Big Dream to donate 100 dolls – mainly so I wouldn’t be tempted to give up again. I was afraid they’d think I’d gone bonkers and turned into one of those women who orders dolls from QVC in the middle of the night, but they got it. And they were in, immediately.

After that, I couldn’t run from all the “doll money” coming my way. One company offered me $100 just to taste their product and offer an opinion. My shattered phone sold on eBay. Freelance jobs started coming in from out of nowhere. One night, I was looking at an expensive doll online, and the price literally changed (from $54.99 to $10.25) right before my eyes: 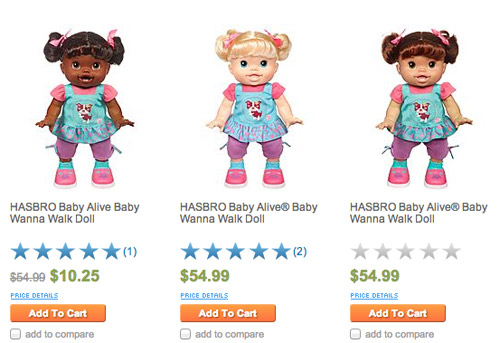 For my birthday, everyone gave me dolls.

On Father’s Day, my father gave me dolls. 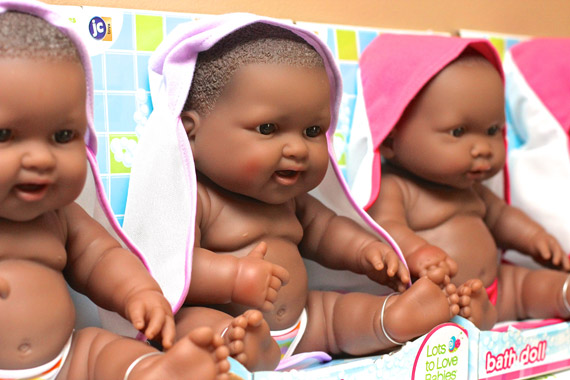 And then, another magical thing happened.

Maggie Mason, a co-founder of Go Mighty (the Life List site where I’ve been tracking my progress), posted that she’d shared our 100-doll goal at Blogalicious and linked to my Amazon wish list so that anyone who wanted to send a doll could.

The next week, the UPS guy delivered 28 boxes full of dolls. An avalanche of love. 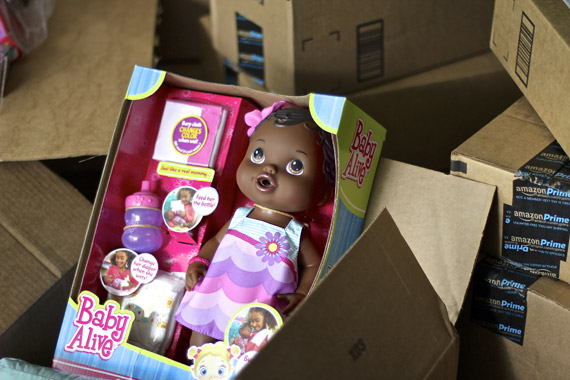 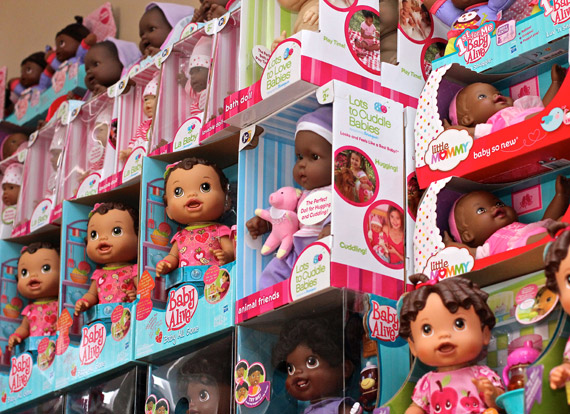 I’m still blown away by so much kindness.

We now have 141 dolls in all. When you open the door to the guest room (aka Doll Headquarters), the smell of baby powder smacks you right in the face.

Mommaw would have gotten the biggest kick out of this.

I was worried that the dolls might eventually make me a little sad, but just looking at them fills me up with so much joy. I can’t wait to take them to the Salvation Army’s Angel Tree warehouse and get them on their way. If you live in Nashville (or one of the other cities who’ve adopted this program), I hope you’ll think about adopting an angel or donating a toy for the Forgotten Angel program this Christmas. It’ll make your heart grow so big, you’ll need a breast implant on the other side of your chest to even things out.

I’m going to box up the dolls now.

But first, I’d like to thank everyone who’s worked with me to make this dream happen. I might have given up. You guys kept the party going, and I couldn’t be happier.

People are awesome. I’m so thankful for you all.

OK, one more thing. If you don’t see any ethnic dolls on the shelves in your favorite stores, please ask where they are. Sometimes they’re just in the storeroom, but they need to be out, where girls can see them.

It matters, because all girls matter. 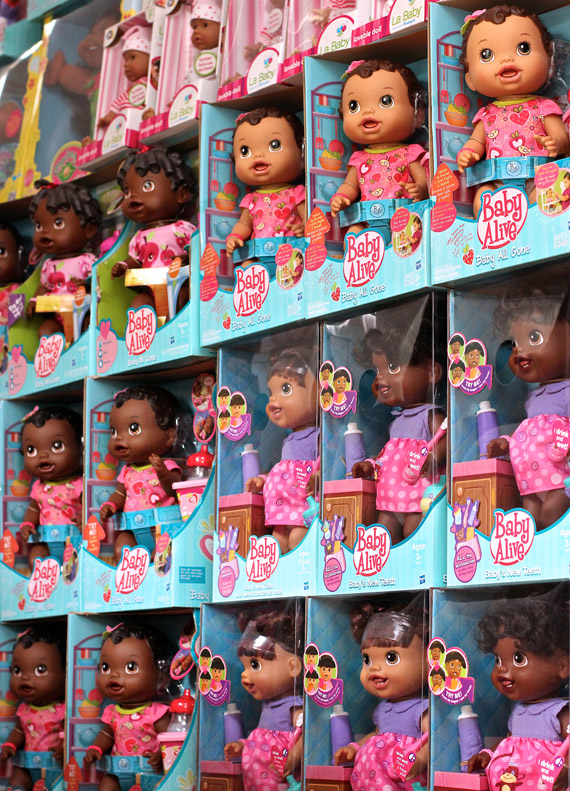