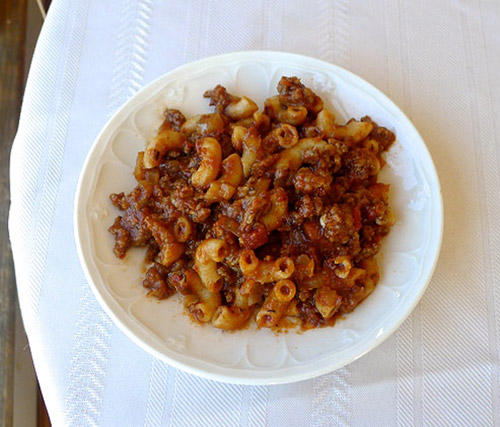 I live a life of quiet desperation. Well, I’m quiet. The four children in my house, minus the 14-year-old son who only appears at mealtimes, are loud and proud. A cacophony of emotions. Everything they do is with utter abandon and gusto, which is a joy when they’re being creative or turning the living room into a Little People village.

But when it comes to dinner? They have no problem expressing themselves then, either.

Actually, the three oldest are pretty easy to deal with. Oldest Son, bless him, he is a garbage disposal. Even if he doesn’t like something, he eats it. (Because that’s how we raised him, and he listened. Self high-five.) Younger Son is getting there. As long as I leave the tomatoes out of the salad, he’s pretty happy. On the other hand, Oldest Daughter likes anything that contains tomatoes. She will also stand on the table, in a tiara and blanket cape, declaring herself “The Queen of Ak-sparagus!”

Even if she can’t say it, she’ll eat it by the pound.

But then there’s the baby. The reason I’m getting gray hair much too soon.

She does not compromise.

Every day, she tells me how her Best Friend, her Daddy, is bringing home “her” foods, and she doesn’t need to eat what I make. And what are Baby Girl’s foods?

Toaster Strudel and marshmallows. That’s it.

Do we have either of these things in the house? RARELY. If Dad’s burning a fire, I will buy S’mores supplies, but I don’t pick up Toaster Strudel unless one of the boys is “having someone crash.” (Boys DO NOT have slumber parties.)

Baby Girl  is living in a gastrointestinal dream world of her own creation.

I denied her. She refused to eat, got skinnier, and my gray hair came in worse. So, I did what anyone would do and called my momma. She said, “No child in America has died of malnutrition, if food was available.” But I was still worried.

Then I noticed something. If I gave her something with a tomato-based sauce, she’d actually take a a couple bites before asking for a marshmallow. She’d nibble at pizza. She’d eat spaghetti with meatballs. Hallelujah! Tomato-based meat sauces and noodle recipes are plentiful!

I tried a handful and got pretty lukewarm results, but then I made Paula Deen’s goulash recipe. Baby Girl ate two helpings before coming up for air. She was covered, nose to toes in sauce. I fed her until she couldn’t eat another bite. She won’t touch pot roast, chili or anything remotely green, but she will eat goulash like a champion.

Needless to say, it’s part of our rotation.

Since opening her heart to the goulash, Baby Girl has also added blueberries. yogurt and granola to the tiny (but growing!) list of things she’ll eat. Even peanut butter is a friend. But if I ask her what she wants for dinner, she’ll still insist that Daddy is bringing home Toaster Strudel and marshmallows. Old habits die hard. Even when you’re almost 3.