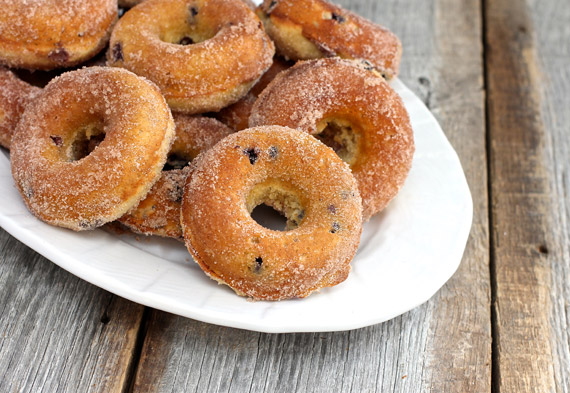 This post is brought to you by the Wild Blueberry Association of North America, promoting Nature’s antioxidant superfruit.

A few years ago, Jennifer and I made some real-deal fried doughnuts. Then she went and had another baby, one who spins through the kitchen shouting, “I’M A DREIDEL!” So we don’t get together and do large pots of bubbling oil anymore. I assumed our doughnut-making days were on hold until Prom Night 2029.

But then I saw some doughnut baking pans at Bed Bath and Beyond and figured they were worth a try.

Since the baby is wild about blueberries, I decided to make some Wild Blueberry Baked Doughnuts especially for her. C’mon, a superfood that’s super-cute? You just can’t say that about salmon.

The only funky thing about baking with frozen blueberries is that sometimes they can turn things greenish-blue inside, so here’s a really simple fix: rinse the berries in cold water until the excess juice runs off and the water goes almost clear. Then drain them between layers of paper towels. No more blueberry run-off! 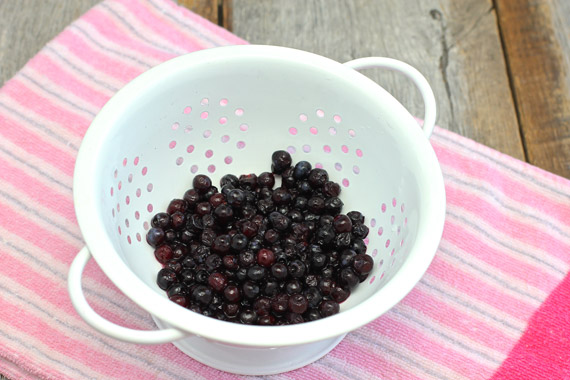 While the blueberries are draining, you can make the batter, either with an electric mixer or a whisk. The less you mix it, the lighter and softer your doughnuts will be.

Then you gently fold in those Wild Blueberries, spoon the batter into your doughnuts pans, and smooth the tops with the back of a spoon before you pop them in the oven. 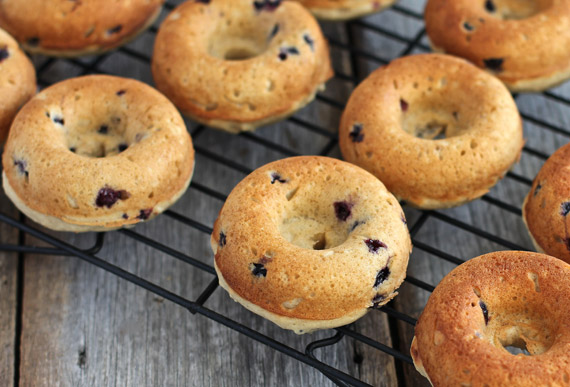 They need a little something-something.

You could glaze them or hit them with powdered sugar, but I remembered those doughnut muffins everyone was making a few years ago, and that’s how I decided to roll. As soon as the doughnuts were cool enough to pop out of the pan, I brushed them with warm butter and dipped them in cinnamon-sugar. 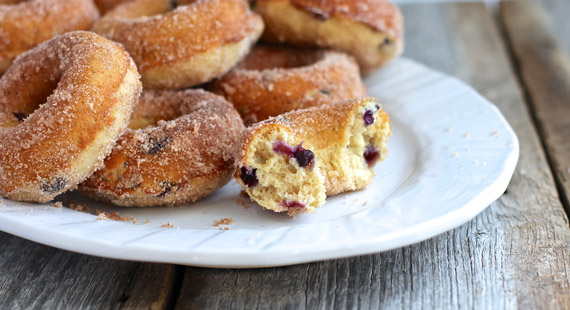