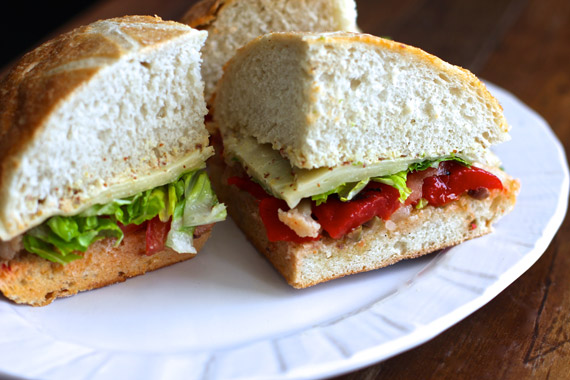 Muffuletta sandwiches are usually meat grenades full of ham, mortadella and salami, so when I saw this Roasted Red Pepper and Olive Muffuletta in The Southern Vegetarian Cookbook, I had to try it.

Especially since Mardi Gras is just a week away. 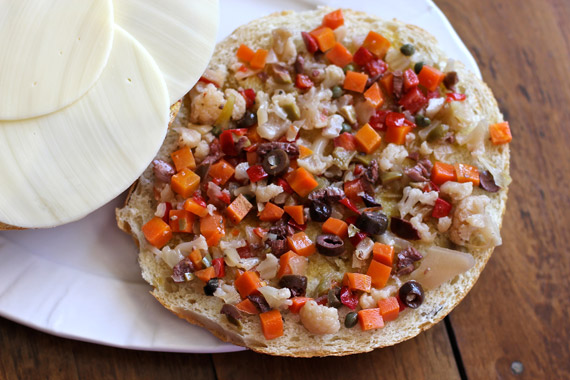 You start by splitting a round of Italian bread or focaccia. It needs to be thin enough to bite through, so if your loaf is several inches high, cut a slice or two out of the middle. It makes great toast. And croutons.

On the bottom half, pile on as much marinated olive salad as your heart desires. (I’ve found it on the shelf at Publix, Walmart and World Market, but I’ve included a recipe, if you want to make it at home.)

Then take the top half of the bread, spread on some Creole mustard, add your slices of Provolone or mozzarella, and bake it until the cheese gets nice and melty. 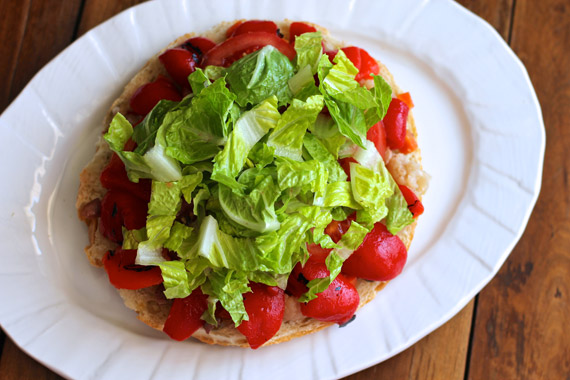 Next, pile your roasted red peppers, tomato slices and lettuce on top of the olive salad. (I used jarred red peppers, which I’m sure God created on the Eighth Day, along with push-up bras and GPS.) 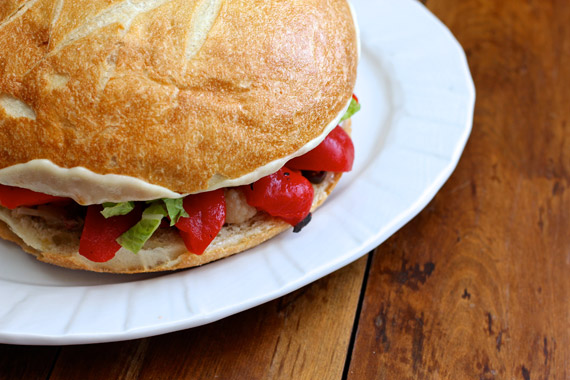 Now, place that big, melty, cheesy, toasty top on your sandwich, and slice it into quarters, so you get four big sandwiches.

This is definitely a sharing sandwich.

Serve it with some Zapp’s chips, and you can have a Mardi Gras lunch or dinner ready in about 15 minutes.

Adapted from “The Southern Vegetarian Cookbook: 100 Down-Home Recipes for the Modern Table”

Using the slicer blade on your food processor, slice the olives, celery, cauliflower, and carrot. Place the sliced vegetables into a 2-quart container, add the Italian seasoning mix, crushed garlic, olive oil, and vinegar. Allow the mixture to marinate and the flavors to meld for a day. The longer you leave it, the better it will be.