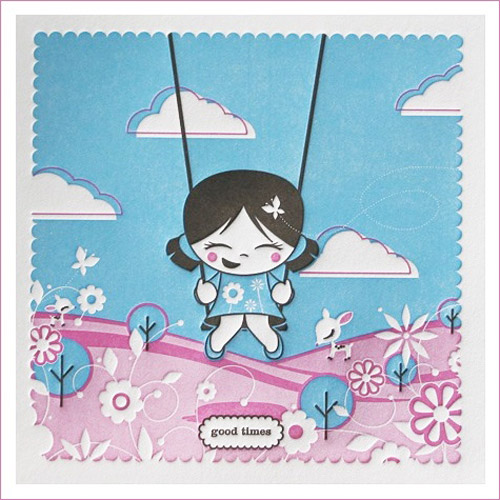 The Fault in Our Stars

by John Green. When someone hands me a book with a warning about how much I’m going to cry, that’s usually my cue to put that book down and walk away. I certainly didn’t want to read a love story about two teens who meet in a cancer support group. We know how this ends. But so many people recommended it that I finally picked it up – and read it in an afternoon. It’s smart, much funnier than I thought it’d be, and it asks important questions, like, if I know I’m dying, isn’t it my responsibility to minimize the damage I’m doing to the people I love? This is not a beach read, but a lot of people will be falling for Hazel and Augustus this summer.

Hyperbole and a Half by Allie Brosh. If you love “The God of Cake” on her blog, you’ll love this book.

Last Week Tonight with John Oliver. I’m a huge fan of Oliver on The Bugle, so I’m completely on board with his new HBO show, where he skewers the week’s news stories (and how they were covered by the media) with what looks like total creative freedom. That fake Mitch McConnell ad was a doozy. And Oliver’s climate change debate dropped the mic on climate change debates.

This story about a woman’s cancer being killed by the measles virus.

17 Baby Elephants Learning How to Use Their Trunks. Let the adorableness wash over you.

The trailer for Gracepoint. This is Fox’s remake of Broadchurch, a British whodunit about the death of an 11-year-old boy in a small town. Who’s a suspect? EVERYONE’S a suspect! They’re promising a different murderer this time, but the same Det. Alec Hardy (David Tennant!), which is reason enough to watch:


Nerdist #508: Brian Henson. Host Chris Hardwick has known Henson for years and is a full-on Muppet geek, so their conversation about Henson’s legendary dad and what it was like growing up behind-the-scenes of The Muppet Show is completely fascinating.

WTF #494: Jared Harris. This is the polar opposite of the Nerdist podcast with Brian Henson. While Hardwick seems to have an encyclopedic knowledge of Henson, Marc Maron is learning about Jared Harris as they talk. Yes, Harris, one of the stars of Mad Men, the guy who played Grant in Lincoln and Moriarty in Sherlock Holmes: A Game of Shadows. To his credit, Harris seems to love Maron figuring out who he is again and again (“You’re that guy!”), so it doesn’t get annoying, and Harris is a great storyteller.

NANA, an East London café that staffs women over 65 who serve up things like dippy eggs and soldiers, scones, cakes, soup and “proper” sandwiches. I want to go to there.

Ira Glass on the Secret of Success in Creative Work.

. I loved this documentary about the ups and downs of legendary back-up singers like Darlene Love, Merry Clayton and Lisa Fischer (who talks about life as an Ikette). Catch it now on Netflix or Amazon.

Whoopi Goldberg Presents Moms Mabley. I knew nothing about Moms, a trailblazing black female comic who worked her way from the Chitlin’ circuit of the 1920s to playing Carnegie Hall and doing the Ed Sullivan Show in the 60s, but you can’t watch this documentary without getting caught up in her performances. The film features testimonials from Goldberg, as well as Sidney Poitier, Bill Cosby, Joan Rivers, Eddie Murphy, Arsenio Hall and more. You can catch it on HBO, or order it from Amazon

. Being able to turn sweet potatoes, zucchini, squash, cucumbers, etc., into noodles is making this whole Paleo thing so much better. I’ve made Fried Egg and Sweet Potato Noodles with Bacon and Vegetable Hash at least six times. Noodles for everyone!

This story about a pregnant duck who nested in an empty flower pot.

Johnny Weir’s Kentucky Derby hat. I’m still not over it.

Annnnnd this video of a man singing a litter of puppies to sleep: