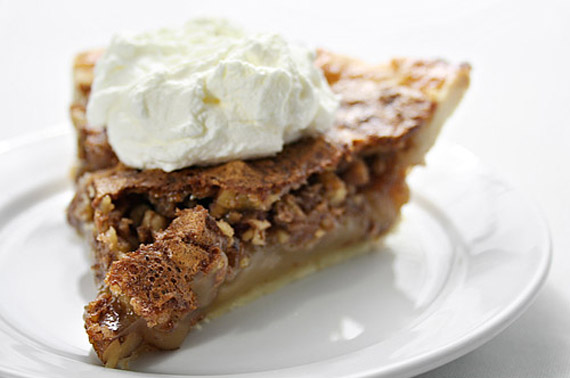 A few months ago, I was reading Garden & Gun’s

list of “100 Southern Foods You Must Absolutely, Positively Try Before You Die,” and it mentioned the pecan pie at Brigtsen’s Restaurant in New Orleans. Their pie had two ingredients I’d never tried before: ground roasted pecans and dark corn syrup. Inspiring. So, I challenged myself not to settle for the same-old pecan pie.

To make something better.

After a little trial and error, I came up with this Southern Comfort® Pecan Pie. Chopped pecans mingling with ground pecans that were toasted in butter and cinnamon. A rich, caramel-like mixture of light and dark corn syrups. And a few tablespoons of Southern Comfort® to balance the sweetness and move the pie from “as pure as a prayer” into more interesting territory.

It’s a pie with so many layers of flavor and texture, you might forget the whipped cream.

Now, if I can come up with a way to inject Jack Daniel’s directly into our Libby’s® pumpkin pie, this will be a Thanksgiving to remember.