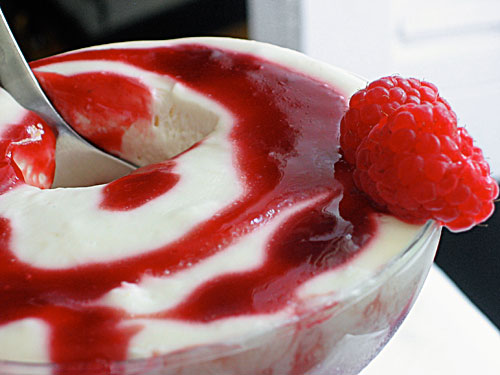 Internet! So many things have happened since I started moving a few weeks ago. Like sweating. And stinking. To say that I smelled like a 15-year-old boy would be an insult to all 15-year-old boys. And descending into heat-induced madness.

I’m eating breakfast when I hear something hit the floor. So, I run to the bedroom, thinking Henry the Cat has knocked a moving box off the bed. Then I hear THUNK THUNK THUNK. And there’s my purebred, longed-for, hard-won Henry the Wonderdog, running around the room with his front half stuck in the top of the litter box and Henry the Cat in claws-out pursuit of his box-thievin’ hide. Only Henry can’t see where he’s going on account of the box, so he’s bumping into every table, box, and hamper trying to escape the feline fury. Yelp! Yelp! Hissssssssss.

I catch Henry, dislodge him from the litter box, and toss him into Maximum Security, where he buries his head under a blanket, away from the glare of Henry the Cat, who perches on the coffee table to give him the stink-eye all afternoon.

That dog better not drop the soap anytime soon.

My mind was the next to go. After all the excitement, I had to make a trip to Wal-Mart, where I’m going to have my mail forwarded, and stop by the bank and a few other places. So, Jeff gets home and points to my back pocket: “What’s that?”

I reach around and feel something lacy. Because I have trekked all over town with A PAIR OF PANTIES hanging out of my back pocket. Purple, lacy, undeniable panties.

And then we both lost our minds. Jeff and I make our last trip to the old house to replace the toilet seat and drip pans and leave our keys on the kitchen counter. Only, when we get there, the new tenant has already moved in. There we are, about to let ourselves in through the back door as he’s coming out. And we’re just standing there, holding this toilet seat, looking like the WORST JEHOVAH’S WITNESSES EVER.

But now, things are settling down, and we’re settling in. We know where our socks are. The Henrys are back to synchronized napping. And we have actual groceries.

My first recipe at the new house was a Barefoot Bloggers extra challenge: Ina Garten’s Coeur a la Crème with Raspberry and Grand Marnier Sauce. You get the flavor of cheesecake without the baking, and the sauce is pretty amazing.

I’m choosing the August Barefoot Blogger Recipe Challenge, so I hope you sign up. Otherwise I’ll be forced to show up at your house with my panties in my pocket and head in the litter box, offering up the simple gift of a new toilet seat.

Coeur a la Crème with Raspberry and Grand Marnier Sauce

*Gluten-Free Tip: Make sure your confectioners’ sugar is gluter-free.